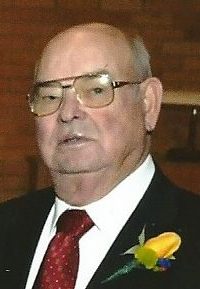 Mr. Robert was a farmer. He was also a carpenter and built many pole barns in the surrounding area. He was a member of the Washington County Farm Bureau and the Marissa FFA Alumni. He dearly enjoyed going to Mule Days in Columbia, TN. Dean loved taking rides “the scenic route” with friends and family.

He was preceded in death by his parents – Delmer and Evelyn, nee Davitz, Robert.

Memorials may be made to the family and will be distributed to various organizations that were important to Dean.

Funeral: Services will be held at Heil-Schuessler Funeral Home in Marissa, IL on Thursday, April 24, 2014 at 11:00am with Rev. Gail Geisel officiating.

Interment: Burial will be held in the Darmstadt Memorial Cemetery in Darmstadt, IL.