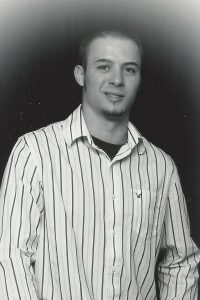 David was a concrete finisher and an apprentice with Local 8. He enjoyed hunting, fishing and riding motorcycles. David loved his boys and was very involved with their activities including coaching baseball and assisting in football practices.

He was preceded in death by paternal grandparents – Joseph and Conchita, nee Perez, Shemonia and his maternal grandmother – Marsha, nee Williams, Meister.

Memorials: In lieu of flowers memorials may be made to David’s children and will be accepted at the funeral home, The Village Bank or online at Gofundme.com.

Funeral: Services will be held at Heil-Schuessler Funeral Home in New Athens, IL on Monday, January 19, 2015 at 11:00am with Rev. Doug Stewart officiating.

Burial: Interment will be held at Oakridge Cemetery in New Athens, IL.