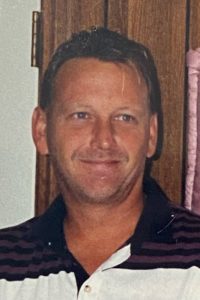 David enlisted in the Army out of high school and served two enlistments as a Finance Specialist.  His favorite duty station was Shwienfurt, Germany and he often told stories of his time there and had hoped to return one day.  Upon leaving the Army, David settled down in Columbus, GA, where he would spend his next 15 years until ultimately moving back to his home state of Missouri.  David changed career paths numerous times during his life, but always ended up back in sales where his quick wit and humor made him a natural.  David was also the type of person who never met a stranger.

David had several hobbies, but he most enjoyed being in or on the water.  He was fun and adventurous, but he also loved sharing experiences with his children.  Many summers were filled with trips to the beach, parasailing, canoe trips, water parks, and amusement parks.  David even took up skydiving for a while, taking his daughter with him for her 18th birthday.

He was preceded in death by his parents – David and Edna (Benson) Boyd.

Family and Friends may gather at Heil-Schuessler & Sinn Funeral Home in Sparta on Saturday, November 20, 2021 from 5:00 to 5:30 p.m.  Funeral services will begin at 5:30 p.m. Interment will take place at Caledonia Cemetery at a later date.