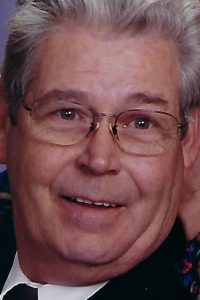 Mr. Barbee was a copy machine field service technician with Copying Concepts, after which he worked at Al’s Automotive as a parts deliveryman.  He was a member of Friedens United Church of Christ where he also sung in the choir.  He was a United States Army Veteran serving in the Vietnam War during the Tet Offensive and he was discharged from the services with the rank of Sergeant.  David loved old movies and was a talented bowler.

He was preceded in death by his father – Eugene Barbee and his mother – Mildred “Mickie”,nee Higdon, Cromer.

He is survived by his wife Nancy, nee Walker, Barbee whose dog Georgie Girl gave her approval of David on their first date.  They were married on June 10, 2003 in Belleville, IL.  He is survived by his step-daughter – Carrie (Chuck) Hauber of New Franklin, OH and one brother – Stephen Barbee of Collinsville, IL.

Funeral: Services will be held at Friedens United Church of Christ in Marissa, IL on Saturday, November 10, 2018 at 2:00pm with Rev. Brett Palmer officiating.