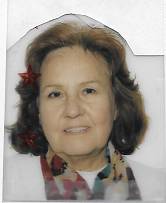 She was preceded in death by her parents; Elmer Adolph and Ethel Mae (Gerhold) Krupp, her husband; Virgil W.C. Schneider, who preceded her in death on February 14, 2016 and her brother; Deneen Lawrence Krupp.

Memorials in her honor may be made to the New Athens Home for the Aged.

In keeping with Mrs. Schneider’s wishes, cremation is to be held.

A memorial service in Darleen’s honor is being planned.