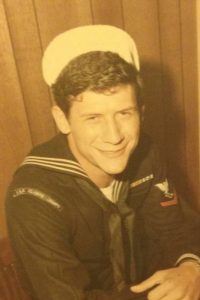 Danny worked as a coal miner, restaurant manager, and owned the Northtown Liquor store in Sparta.  He loved to play golf and cards.  He could beat anyone in Poker or Black Jack.  Danny was a member and past president of the Sparta Lions Club.  He was also a member of the Knights of Columbus, Sparta American Legion and the Sparta Country Club. Danny was on the board committee of the Sparta Country Club for some of the time while he was a member.  He served his Country in the United States Navy and was very proud of his time in the service.  Danny was also an organ donor through Midamerica Transplant Services.

Memorial contributions may be made to St. Jude Children’s Research Hospital.

Funeral Services will be held at Heil-Schuessler & Sinn Funeral Home in Sparta, IL on Friday, September 4, 2020 at 1:00 p.m.

Burial will be held at St. Boniface Cemetery in Evansville, IL.