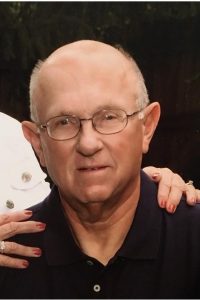 Mr. Nuernberger retired after 35 years as a supervising underwriter for SafeCo Insurance Company. He was a member of St. John United Church of Christ. He was a United States Army veteran serving at Fort Amador in Panama. Dan was also a farmer. He enjoyed working with model cars and was an expert on World War II history.

Memorials may be made to St. John United Church of Christ, St. Louis Children’s Hospital or New Athens Home for the Aged.