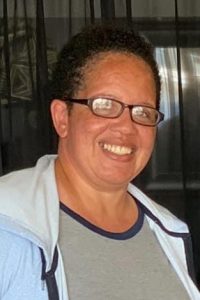 Courtney was educated in the Sparta School District and a graduate in 1992.  She enjoyed school where she met lifelong friends.  Upon graduation, Courtney moved to Virginia.  Courtney was a member of the Agape United Methodist Church in Purceville, VA.  She was employed at the National Association of Letter Carriers in Ashburn, VA where she processed medical claims for the United States Post Office.

In 2010 she was unable to work any longer.  While Courtney did have Multiple Sclerosis, she never let that stop her from living life.  She lived every day with the intent to live her best life, despite having the disease.  After receiving a diagnosis of Multiple Sclerosis, Courtney returned to Illinois to be with her family.  She loved being with family and friends.  She was very close with her cousin, Matthew Wallace and several friends who will miss her forever.  Courtney loved gathering with family.  She loved family dinners, spending time sitting, talking and playing cards.  Courtney had a beautiful smile and infectious personality which drew everyone to her.

Memorial Contributions may be made to the Multiple Sclerosis Foundation.

Visitation: Family and friends may attend at Heil-Schuessler & Sinn Funeral Home in Sparta, IL on Saturday, February 6, 2021 from noon until the service hour at 1:00 p.m.  Face masks are required to be worn within the building.

Funeral: Services will be held at Heil-Schuessler & Sinn Funeral Home in Sparta, IL on Saturday, February 6, 2021 at 1:00 p.m. with Rev. Thomas Goodwin officiating.