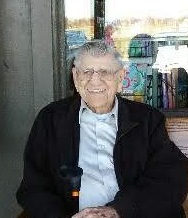 Mr. Gardiner was a railroad worker for 44 years, first working for Missouri Pacific and later Union Pacific. He held several positions over the years including clerk, telegrapher and auditor. Mr. Gardiner was a World War II Navy Veteran. He was a member of St. Paul Lutheran Church. He was also a member of VFW Post 0565, New Athens Lions Club and a lifetime member of Bethesda Providers. Clyde enjoyed fishing, gardening and dancing. He was also an avid reader and especially enjoyed poetry.

Memorials may be made to the family for the care of Laura Gardiner.