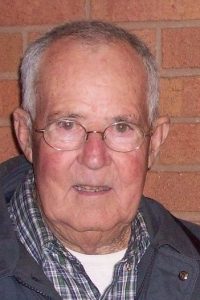 Clarence Wilbur Thompson, 80, of Lenzburg, IL, born January 21, 1935 in Clarmin, IL, passed away Saturday, July 25, 2015 at his residence with family at his side. Mr. Thompson honorably served his country in the United States Army. He was a cabinet maker and also worked for New Athens School Dist. #60 as a bus driver and custodian. He was also a former member of the Lenzburg Fire Dept. and the Steeleville Sportsman’s Club.

Memorials in Mr. Thompson’s honor may be made to Hospice of Southern Illinois.

Visitation: Friends may call from 9 to 11 a.m. on Saturday, August 1, 2015 at United Methodist Church in New Athens, IL

Funeral: Memorial services will be held at 11 a.m. on Saturday, August 1, 2015 at United Methodist Church in New Athens, IL with Rev. Doug Stewart officiating. Interment will be at Elmwood Cemetery in Freeburg, IL..
.
Heil-Schuessler Funeral Home in New Athens is in charge of arrangements.