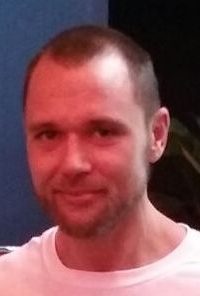 Christopher Cahoon, 35, of Marissa, IL; born on April 27, 1982 passed away on October 7, 2017 after a long hard fought battle. He is now at peace in the loving arms of Jesus and surrounded by his loved one who passed before him.

Chris was a forklift driver with TG Missouri. He enjoyed fishing and most of all spending time with his son.

He was preceded in death by his grandparents – Joseph and Evelyn, nee Onasch, Cahoon; Helen Cahoon and James “Jimmy” Jones.

He is survived by his son, who was the world to him and loved so very much – Aleczander. His mom – Rita, nee Jones, Cahoon of Marissa, IL and his dad and bonus mom – Roger and Henny Cahoon of Frohna, MO. One brother – Sheldon Cahoon. Grandmother – Elda, nee McCormick, Jones. Godfathers – Marvin Korves and Steve Mazner. His little fur baby – Nina. Also survived by many aunts , uncles and cousins.

Hey, you guys, don’t feel guilty,
It was just my time to go.
I can see you’re all feeling sad,
I can see the tears still flow.

My life’s journey ended early,
The path I chose was short.
You all tried your best to change it,
But in the end it was for me to sort.

I know I caused you sadness,
I know caused you pain,
But I was captured by these demons,
They wouldn’t set me free again.

There were times I tried to fight them,
There was a time I nearly won,
But they came back and overpowered me,
I had nowhere left to run.

I haven’t really left you guys,
I am closer than you know,
I will be the whisper in the wind,
I will be everywhere you go.

Memorials may be made to donor’s choice.