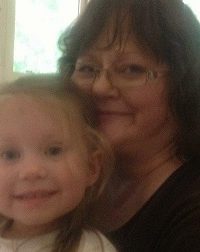 Christine Renee Gale, nee Ivy, 56, of New Athens, IL, born July 19, 1964 in San Antonio, TX, passed away on Monday February 8, 2021 at St. Elizabeth’s Hospital in O’Fallon, IL. Mrs. Gale was a newspaper advertising and marketing designer. She was of the Baptist faith. She was also an animal lover, especially Chihuahuas, and volunteered her time at the Randolph County Humane Center in Sparta, IL

Mrs. Gale was preceded in death by her parents; Jerry Don and Joyce (Ledbetter) Ivy.

Memorials are encouraged to be made to the Pitt Hopkins Foundation at https://pitthopkins.org.

In keeping with Mrs. Gale’s wishes, cremation is to take place with no formal services.  However, a family celebration of her life will take place at a later date.