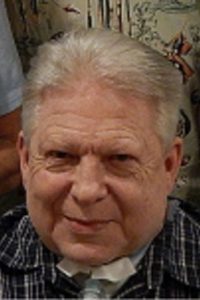 Charles “Chuck” Warren Zinkhon, 70, of Edwardville, IL; born October 22, 1942 in Peoria, IL; passed away on Saturday, July 27, 2013 at Barnes Jewish Hospital in St. Louis, MO. Chuck was the Director of Payroll for the Ralston Purina Company. He was a passionate fan of the St. Louis Cardinals and an avid lover of all sports.

He is preceded in death by his wife Diane, nee Mahan, Zinkhon whom he married on August 3, 1968 at St. John Lutheran Church in Baldwin, IL and who passed away on December 31, 1981. His parents John Casper and Ida Mae, nee Neill, Zinkhon. His mother-in-law Elvera Mahan.

Memorials may be made to the American Cancer Society or American Alzheimer’s Foundation.

Visitation: Friends may call at Heil-Schuessler Funeral Home in New Athens, IL on Wednesday, July 31, 2013 from 5:00pm to 8:00pm. A memorial service will be held on Wednesday at 7:00pm.

Funeral: Graveside services will be held at the Marissa Township Cemetery in Marissa, IL on Thursday, August 1, 2013 at 11:00am.