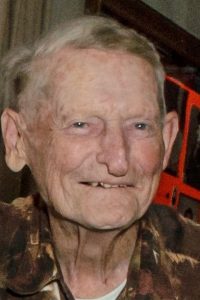 Charles L. Wallace, 82, of Marissa, IL; born on September 27, 1934 in Kirkwood, MO; passed away on Saturday, January 21, 2017 after his courageous battle with cancer at his home surrounded by family.

Charlie loved the outdoors, fishing, hunting, spending time at the Club House, and enjoyed sharing stories with is round table buddies – fact or fiction. Above all, he loved spending time with his family and teaching his children, grandchildren and great grandchildren the love of outdoors.

He was a coal minter, mechanic, and operating engineer. He was a member of the UMWA, the International Union of Operating Engineers and the Marissa Rod and Gun Club.

Memorials may be made to the Marissa Rod and Gun Club or to the family.

The family would like to give special thanks to Hospice of Southern Illinois and the wonderful hospice nurses.

Funeral: Services will be held at Heil-Schuessler Funeral Home in Marissa, IL on Wednesday, January 25, 2017 at 11:00am.