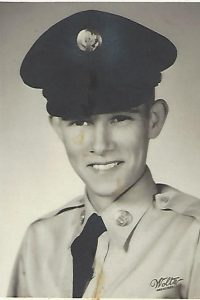 Charles Dean Thomas, 68, of Lenzburg, IL, born February 27, 1947 in Belleville, IL, passed away on Friday, October 30, 2015 at the New Athens Home for the Aged in New Athens, IL. He was a mechanic for Feder Trucking in New Athens. He loved to fish and was known for his artistic ability in drawing. Mr. Thomas also honorably served his country in the U.S. Army during the Viet Nam War.

He is preceded in death by his parents, Paul Wesley and Freda, nee Mehner, Thomas and 1 brother-in-law; Leonard Lorenz.

Memorials may be made to the New Athens Home for the Aged or the Disabled Veterans of America.