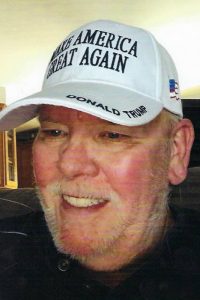 Mr. Dykes was a prison guard at Menard and Bowling Green Penetentaries.  He was worked for Peabody Coal Company as a miner for 20 years.  Mr. Dykes was a United States Navy Veteran serving on the USS Severn.  He was a member of the UMWA.  Russ enjoyed collecting guns and target practice.

He is survived by his wife – Sandy, nee Atwood, Dykes whom he married on June 13, 1964 in Troy, IL.  One son – Glenn (Lisa) Dykes of Tilden, IL.  Five grandchildren and nine great-grandchildren.

Funeral: Services will be held at Heil-Schuessler & Sinn Funeral Home in Tilden, IL on Thursday, February 7, 2019 at 11:00am with Rev. Dennis Hamilton officiating.

Heil-Schuessler & Sinn Funeral Home in Tilden, IL is in charge of arrangements.