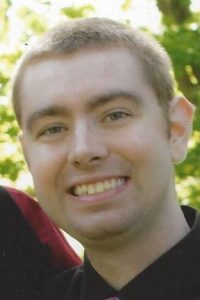 Charles M. “Charlie” Lynch, II, 24, of New Athens, IL, born November 29, 1988 in Belleville, IL passed away Saturday, February 2, 2013 at home with friends and relatives at his side. Charlie was born with Cystic Fibrosis and had undergone 2 double lung transplants, intensive therapy and treatment before finally succumbing to the disease. He was President and co-founder of Because We Can, N.F.P. which is a not-for-profit organization that provides gifts to hospitalized teens and young adults. Charlie held an Associate of Arts degree from SWIC, he was a member of St. John United Church of Christ in New Athens, IL, the Boy Scouts of America and participated in the New Athens Open House Theater. Despite his frail health he was 1 belt shy of attaining the rank of 1st degree black belt in Tae Kwon Do.

Memorials: In lieu of flowers, the family has asked that memorials be made to Because We Can, N.F.P., which Charlie co-founded.

Funeral: Services will be held at 10 a.m. on Thursday, February 7, 2013 at St. John United Church of Christ in New Athens with the Rev. Dr. Robert Koch officiating. In accordance with Charlie’s wishes, cremation will follow the services.