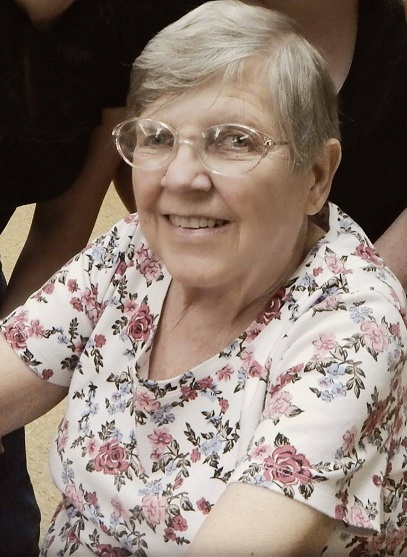 Cecelia Ann (Frisch) Thompson, 82, of Lenzburg, IL, born October 16, 1935 in New Athens, IL passed away on Monday, August 20, 2018 at the Coulterville Care and Rehab Center in Coulterville IL. Mrs.Thompson worked as a kitchen aide at the New Athens Home for the Aged in New Athens, IL.  She was a former member of the Lenzburg Fire Department Ladies’ Auxiliary and a Cub Scout Den mother.

She was preceded in death by her husband, Clarence W. Thompson, whom she married on October 16, 1953 in New Athens, IL, and who passed away on July 25, 2015, a son David Ray Thompson in infancy, her parents; Henry and Catherine (Nast) Frisch, 2 sisters; Kay Frisch in infancy and Gladys Kuehn, 3 brothers; Billy Frisch in infancy, John Frisch and Sylvester “Boots” Frisch and 1 great grandchild.

Visitation; Friends may call from 9 to 11 a.m. on Thursday, August 30, 2018 at the United Methodist Church in New Athens, IL

Memorial service;  A celebration of Cecelia’s life will be held at 11 a.m. on Thursday, August 30, 2018 at the United Methodist Church in New Athens, IL with the Rev’s. Gerald Savage and Doug Stewart officiating.  A committal service will follow at Elmwood Cemetery in Freeburg, IL.