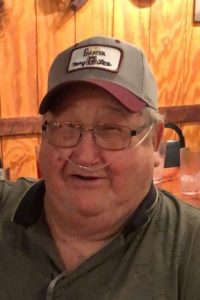 Calvin loved his dogs. He enjoyed hunting of all kinds, especially mushrooms and raccoons. He was also an avid fisherman.

He was preceded in death by his parents – Herman and Margaret, nee Keller, Copple. One son – Jeffrey Scott Copple. One grandson – Christopher Liter.

Memorial Contributions may be made to Heil-Schuessler & Sinn Funeral Home.

Funeral: Services will be held at Heil-Schuessler & Sinn Funeral Home in Sparta, IL on Friday, December 27, 2019 at 11:00 a.m. with Rev. Terry Jackson officiating.

Interment: Burial will be held at Union Cemetery in Sparta, IL.