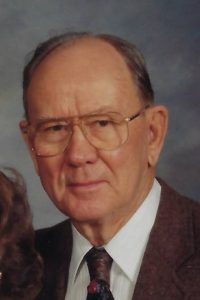 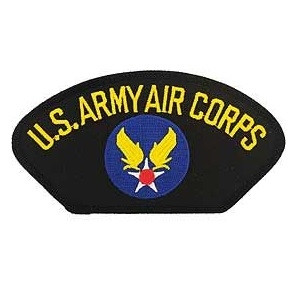 C. Byron Johnson, 95, passed away on Monday, May 18, 2020 at his home in Sparta. He was born to Samuel Hurd and Jessie (Husband) Johnson on December 30, 1924 in Mt. Summit located in southern Randolph County, Illinois.

He graduated from Chester High School in 1943 and was drafted into the United States Army in June that same year. He served in the Army Air Corps as a B-24 aerial gunner in the China Offensive in Central Burma. Byron was the last surviving member of his 10-man crew.

On October 15, 1949, he married Billie Louise McMichael. She survives.

Byron was the owner of Sparta Equipment Company for nearly 25 years. In addition to selling International Harvester Farm Equipment, he was one of the first dealers in the state to carry Kubota tractors. He was also on the Dealer Advisory Council for Steiger Tractor Corporation.

He was preceded in death by his parents. One sister – Janet Heires. One brother – Hurd H. Johnson.

Byron is survived by his wife; daughter – Melanie Johnson of Sparta; brother – Ralph Johnson and wife, Ruth, of Chester; many nieces, nephews, cousins and friends.

A memorial service is planned for a later date.

Memorial contributions may be made to the Mill Creek School Preservation or the Emery Cemetery Association in Mt. Summit, IL.