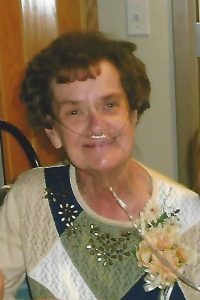 Her wish was to be cremated. A family memorial service is pending at this time.