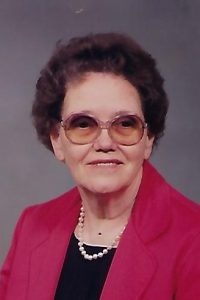 Betty Maxine Wilburn, nee Hawkins, 94, of Marissa, IL, formerly of Swansea, went to be with her Lord and Saviour on Wednesday August 25, 2021 at her new home with daughter Janet (Glenn) Galle. She was a homemaker, a member of Sterling Baptist Church in Fairview Heights, IL, the Red Hats Society of Swansea, IL Home Extension Caseyville, IL.

In keeping with Mrs. Wilburn’s wishes, cremation is to take place with no formal visitation.