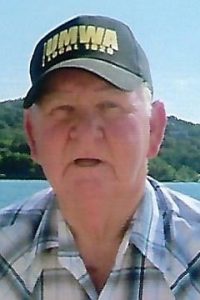 Mr. Sanders was a coal miner.  He was a member of the United Mine Workers of America and the NRA.

He was preceded in death by his parents – Arthur and Laura, nee Swan, Sanders.  Four sisters and two brothers.

He is survived by his wife – Deborah, nee Bovenschen, Sanders whom he married on January 15, 1971 in Bicknell, IN.  His children – James (Lisha) Sanders of Vandalia, IL; Tracey Sabo of Evansville, IN.  His grandchildren – Elle Beth Sanders; Carly Sanders; Aurelia Sanders; David Sabo; Lily Sabo.  His great-grandson – Maddox Wilhoit.

Memorials may be made to St. Jude’s Children’s Research Hospital.

Funeral: Services will be held at Heil-Schuessler Funeral Home in Marissa, IL on Monday, January 7, 2018 at 1:00pm.

Burial: Interment and committal services will be held at Bicknell Memorial Cemetery in Bicknell, IN on Tuesday, January 8, 2018 at 11:00am. EST