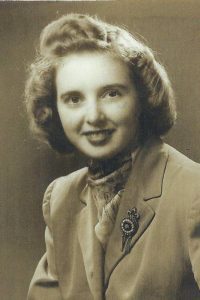 Memorial Contributions may be made to the Randolph County Care Center Auxiliary Fund.

Funeral: Services will be held at the First Baptist Church in Sparta on Monday, April 22, 2019 at 11:00am with Rev. Tim Gregory officiating.

Interment: Burial will be held at Fairview Church Cemetery in Sparta, IL.