Anna M., nee Bless, Hammel, 96, of New Athens, IL was born on January 28, 1923 in Apatin, Yugoslavia and passed away on Sunday, April 14, 2019 at her home.  Mrs. Hammel was a surgical nurse’s aide at St. Elizabeth Hospital in Belleville, IL. She attended St. Agatha Catholic Church. Anna enjoyed crocheting, gardening, cooking and canning. She also liked to travel, especially to Germany. Most of all she loved spending time with her family, grandchildren and great-grandchildren. 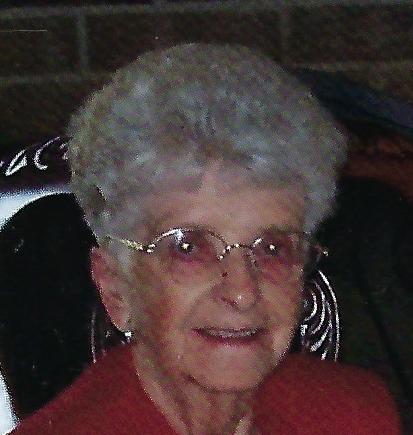 She was preceded in death by her father, Martin Bless, and her mother, Rosina, nee Matzner, Bless-Smerak. Her husband – Henry Hammel whom she married on July 6, 1973 in O’Fallon, IL and who passed away on July 21, 2007. Two sons-in-law – Eugene Munier; Henry “Butch” Hammel. Her sister – Eva Piry. Her brother-in-law – Josef Piry.

In lieu of flowers memorials may be made to St. Agatha Parish or to the New Athens Home for the Aged.

Funeral: A mass of Christian burial will be held at St. Agatha Catholic Church in New Athens, IL on Tuesday, April 23, 2019 at 10:00 a.m. with Father Mark Reyling officiating, assisted by Father Roger Karban.    Interment: Burial will be held at Lakeview Memorial Gardens in Fairview Heights, IL.