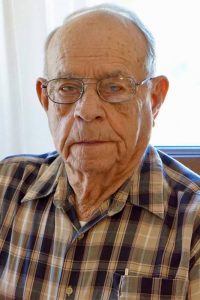 Allen was a member of the Sparta Fire Department for 30 years.  He married Anna Louise Phillips on December 17, 1953 in Sparta, IL.  He was a veteran of the United States Army.  Allen loved working on the farm and spending time with his family.  He was a heart transplant survivor which took place 28 years ago when it was not as common to receive this type of surgery.  This took place after a 5-way bypass he received in 1984.  Allen was a hard worker and someone who never gave up.

Allen was preceded in death by his wife – Anna Louise (Phillips) Hanna who passed away on August 18, 2003; parents; one brother – Robert Hanna.

Memorial contributions may be made to Sparta Senior Center.

Visitation will be held at Heil-Schuessler & Sinn Funeral Home in Sparta, IL on Tuesday, July 5, 2022 from 8:00 to 11:00 a.m.  Graveside services will take place at Caledonia Cemetery in Sparta, IL immediately following the visitation.  Military honors will be conducted by the Illinois Army National Guard Funeral Honor Detail.