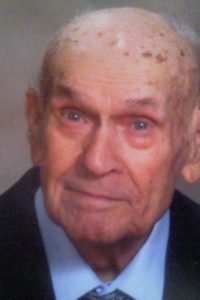 Allan graduated from New Athens Unit #60 and attended SIU Carbondale for 2 years before enlisting in the Air Force flying cadets. He was a Captain and served as a WW2 Night Fighter pilot flying the British Bristol Beaufighter and the US P-61 Black Widow. He was recalled during the Korean War and flew P-51’s training forward controllers. He served with the Air Force Reserves at Scott AFB IL for several years. He worked for Peabody Coal Company and then returned to school to finish his BS degree in Social Studies and also received his MS degree in Earth Science. He taught school at Belleville Township East High School, Social Studies Department, for 21 years before retiring. Allan was a charter member of St. Paul Lutheran Church and served as Treasurer and as an Elder for many years. He was also a volunteer fireman, member of the New Athens Sportsmen Club, and member of the WW II Nightfighters Association.

Funeral: Services will be held at St. Paul Lutheran Church, New Athens, IL, on Thursday, March 29, 2012, at 10:00 with Pastor John Lukomski officiating. Burial will be in the Schneider Cemetery, New Athens, IL