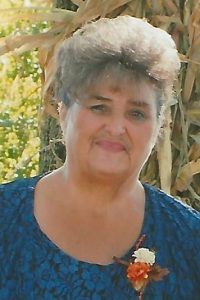 Mrs. Kurtz was a homemaker. She was a member of St. Agatha Catholic Church. Alice enjoyed camping and also liked cooking. Most of all she loved spending time with the family.

She was preceded in death by her parents – Edmund and Hilda, nee Vollert, Range. Her husband – Ralph Kurtz whom she married on April 7, 1961 at St. Agatha Catholic Church and who passed away on September 20, 2017. One daughter – Nancy Renth. Two grandchildren – Allan Kurtz Jr. and Baby Kurtz. One sister – Lillian Dintelman.

Memorials may be made to St. Agatha Catholic School or to Vitas Hospice.

Funeral: A Mass of Christian Burial will be held at St. Agatha Catholic Church in New Athens, IL on Friday, May 4, 2018 at 10:00 a.m. with Father Mark Reyling officiating.