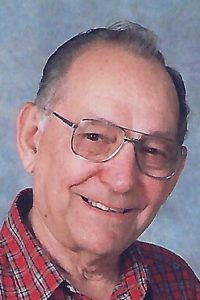 He was preceded in death by his wife Martha Ann, nee Burns, Degener whom he married on January 18, 1947 in Jennings, MO and who passed away on September 14 , 2005.   His parents – Alfred and Tillie, nee Diechmann, Degener.  One brother – Donald Degener.

Memorials may be made to the First United Methodist Church of Sparta.

Funeral: Services will be held at the First United Methodist Church in Sparta, IL on Saturday, October 27, 2018 at 10:00am with Rev. Jerry Haley officiating.