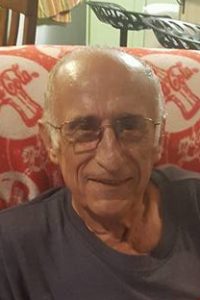 Albert retired from Missouri Pacific Railroad in 1999. He also served as an auxiliary policeman for the Sparta Police Department. Albert also enjoyed fishing.

He was preceded in death by his parents – Albert and Marie Kathryn, nee Harris, Salto, Sr. His wife – Nancy, nee McKnight, Salto whom he married on March 1, 1957 in Sparta, IL and who passed away in August of 2002. One daughter – Patricia Salto-Robinson.

Funeral: Graveside services will be held at Caledonia Cemetery in Sparta, IL on Saturday, August 3, 2019 at 11:00am.