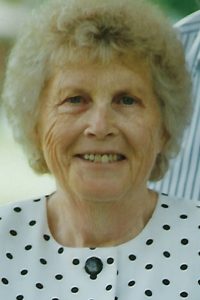 Mrs. May was a homemaker.  Agnes enjoyed sewing and was a talented seamstress. She was one of the founding members of the First Assembly of God Church in Sparta.

She was preceded in death by her parents – Herman and Jessie, nee Self, Becker.  Her husband – Thomas Edward May whom she married on September 28, 1950 in Salem, MO and who passed away on December 10, 2006.  Also preceded in death by two sisters, three brothers and one grandchild.

Funeral: Services will be held at First Assembly of God Church in Sparta, IL on Wednesday, December 5, 2018 at 11:00am with Rev. Paul Rose officiating.

Heil, Schuessler & Sinn Funeral Home in Sparta, IL is in charge of arrangements.